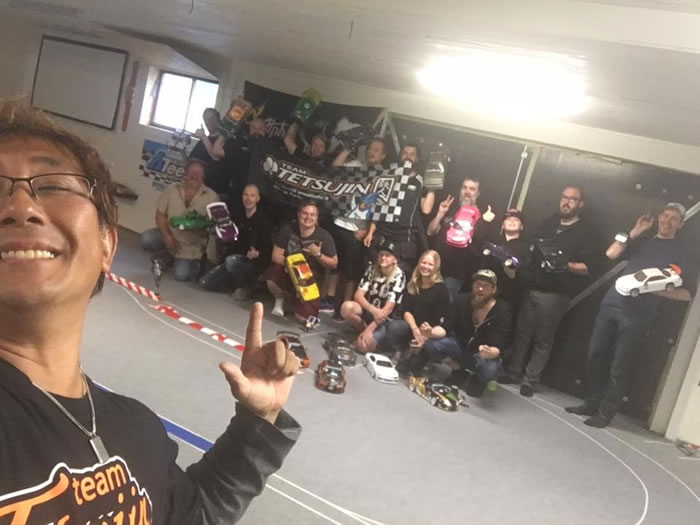 Last Monday night we had a drift night with two guests, Team Tetsujin owner Atsushi Mizunaga and RCProShop.no owner Lasse Sørensen. I have to say that they are some of the nicest people you will ever meet and were very gracious and generous. They drove 6 hours round trip to spend 4 hours chatting and drifting with us. In addition Team Tetsujin owner Atsushi Mizunaga brought along a bunch of Team Tetsujin products to give away and as this was his last day before heading home to Japan it was extra nice of him to travel all that way for such a short time.

To give away the products we played the classic "rock, paper, scissors" game and it was one of the most fun ways to win prizes, everyone was laughing and having a great time. You can check out the video of it on my Facebook page here. I wound up winning a few stickers and a set of "event only" wheels, meaning that you can only get them by winning them at a Team Tetsujin sponsored event. I have yet to decide what project body they will wind up on, I'm thinking perhaps one of the new Team Tetsujin D21 Datsun pickup bodies. 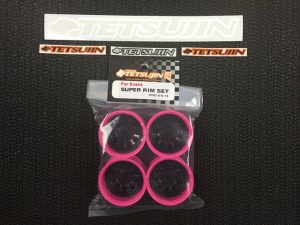 For me it was a very interesting night as I tried RWD drifting for the first time and although it was a bit difficult I wasn't really all that surprised by it. My car has long behaved a lot like a Countersteer car with at least a 2.0 setup because of the amount of caster gain I run on the front suspension. The biggest change for me between my car and the RWD car that I tried out was that the RWD car didn't have the ability to correct mistakes with the use of throttle because it is only driving the rear wheels. Because of this if you got in a little too deep you couldn't really pull the front out again with more power. It means you have to pay a little bit more attention to your line and be that much more precise.

I also tried out the DS Racing tires for the first time on my car and it was a nice change to be sure. The majority of the people that I was running with are running the DS Racing tires and they were much much more slippery than the old tires I had. Changing to the new tires made it much easier for me to hang with the other cars and get in some good tandem runs rather than constantly having to slow down early so as to not run into them because my old tires had so much more grip. I will definitely be using these tires from here on out.

Once I had the DS Racing tires installed and had taken a few laps to get used to them, I was also able to tandem a bit with Mr. Mizunaga and that was a very fun time. Seeing the difference between our cars, him running a RWD Vaccula and my 4WD Yokomo made it very interesting to drive together to try to keep as close as possible, especially with his skill level being so much higher than mine

Thank you again to Lasse Sørensen and Atsushi Mizunaga for a great evening and for taking all that time to come and visit us. I hope that I will be able to come visit you both some day!