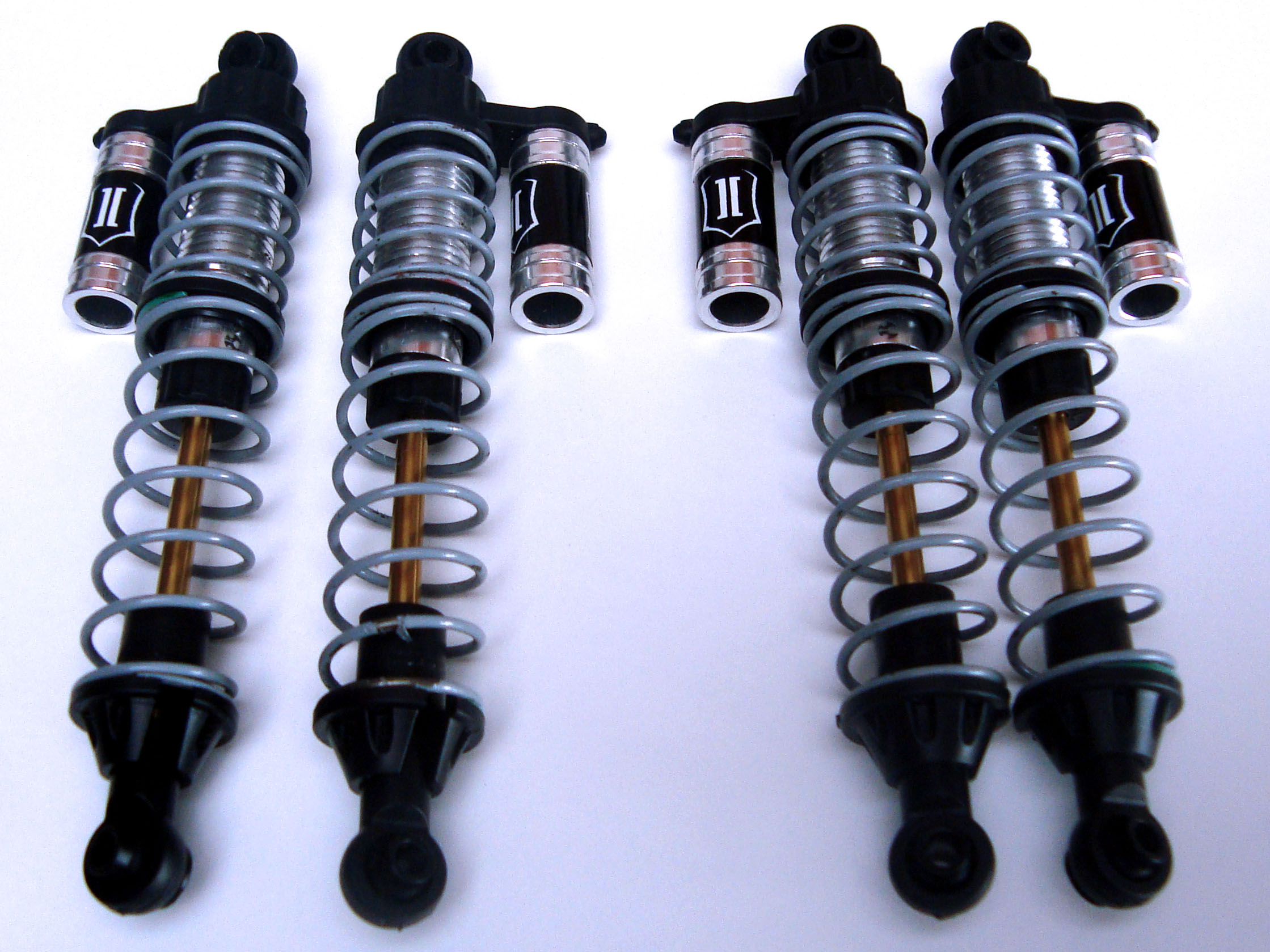 The shocks from the donor chassis are actually quite nice. They are Axial Racing Icon II shocks which have a dual spring design over an oil filled main shock body with fake reservoir bodies for a scale appearance. However as you can see in the photo below they were rather dirty from use and had very little, if any, rebound. Rebound is the shocks ability to extend itself out again after being compressed. There are many ways to setup the rebound from full to none depending on your preferences. I like to start with a full rebound much like you would have on an RC buggy. Their condition was no big deal, just needed to get them cleaned up and rebuilt. 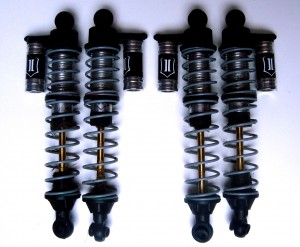 I went to Axial's website and found the build manual for the shocks so I could make sure that they had all the required parts and that I would be rebuilding them properly. There's nothing worse than being in the middle of a rebuild and finding that you are missing parts or finishing up and finding that the shocks are leaking because you didn't rebuild them properly. I didn't take any pictures of the rebuild as it is a messy process and it looks pretty much exactly like the manual depicts. 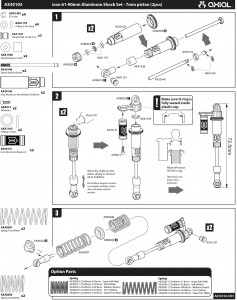 Thankfully the only parts that were missing were two of the rubber travel limiters that go on the shock shaft. So I pulled two of them out of my spares bin and rebuilt the shocks using GM Racing 80wt oil and lots of marine grease wherever the oil could come out. The grease will help to prevent the oil from seeping out at the various seals top and bottom. There are a few nicks in the paint on the springs and a few scratches where the previous owner used pliers on the shock bodies to hold them while tightening the parts but otherwise at first glance they appear to be brand new again and function perfectly. After the rest of Project Shorty is completed and it has had a couple of test runs I may revisit them and either make the shocks softer or harder by changing the oil weight. Alternatively, or additionally, the dual springs on the Axial Icon II shocks can be changed for different values. The chart at the bottom of the manual shows the various colors that are available as well as the corresponding stiffness. There are also, of course, travel limiting collars that can be adjusted down to tighten the pre-load on the springs as well. 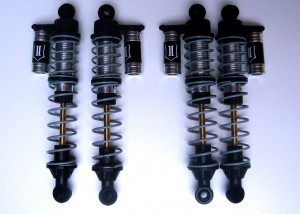 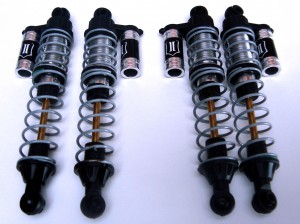