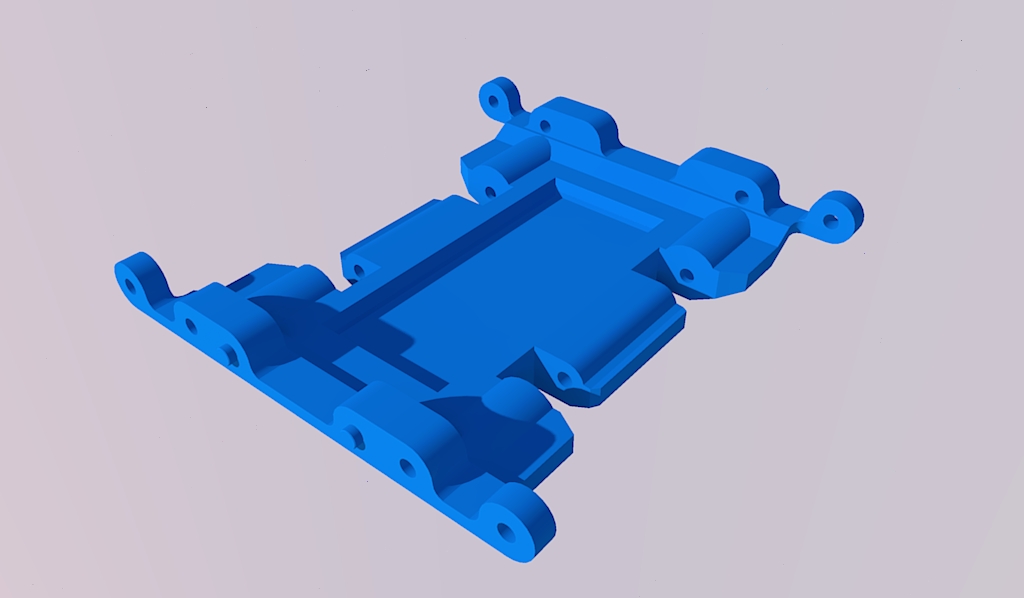 Like Project Expedition, Project Shorty is going to require some custom 3D printed parts. Among them will be the skid plate, motor and transmission mount and servo mount. If you've been looking at moving the Axial transmission from the stock location in your SCX10 you've probably already seen the motor mount design that I am creating. I don't claim credit for it, just for some minor tweaks that make the plate overall a bit smaller to reduce the height even more. The transfer case that you see that goes with these kits typically has an adapter plate that bolts to the stock Axial skid plate, my re-make of the Axial skidplate will make the transfer case sit much lower than these other kits.

I want to have a full interior in Project Shorty and as I mentioned in part 3 the Axial transmission is going to end up sitting right where I want the driver and seat to be. I had hoped that it would sit far enough back to have it inside the vertical part of the seat but that just isn't the case. So I will instead be relocating the motor and transmission to sit between the front shock towers and using a simple transfer case that will be mounted to a custom skid plate.

The standard Axial skidplate is a very nicely designed piece in my opinion. It has holes in various places to lighten it but it is still very structurally strong. I found a 3D model of it online and modified it to suit my needs. I know that the transfer case has a footprint of 50mm x 20mm. So I removed the mounting points for the Axial transmission, flattened the center area and then made a new lowered area for the new transfer case. I will also add the 4 mounting holes for the transfer case but I won't have the dimensions for those until it arrives in a week or so. I lowered the transfer case in the skid plate to give me even more clearance for the interior. If my rough calculations are correct, the skid plate will protrude into the interior just enough to simulate a standard transmission tunnel. Here is the 3D render of it without the mounting holes. 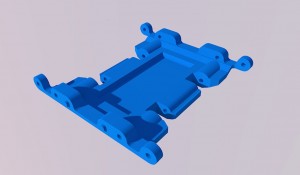 I have also designed a motor and transmission mount that will sit between the front shock towers. This will move the motor and transmission into where the firewall would typically be on most cars but for Project Shorty it means more interior room to fit the driver. Again by my rough measurements it will hopefully mean that the driver will be a full figure and I won't have to cut off his feet or part of his legs like many scale interiors have to do. 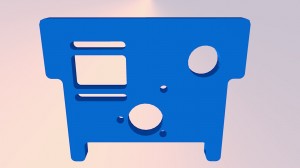 In order to increase the scale factor of Project Shorty I have also created a servo mount that will move the servo up on to the chassis instead of sitting on the axle which is the stock location. This will allow me to trim off the servo mount towers on the axle to give it a much more scale appearance. 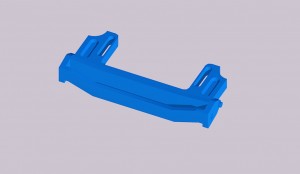